Huawei’s new P10 line is expected to be cheaper than the business-oriented Mate 9. 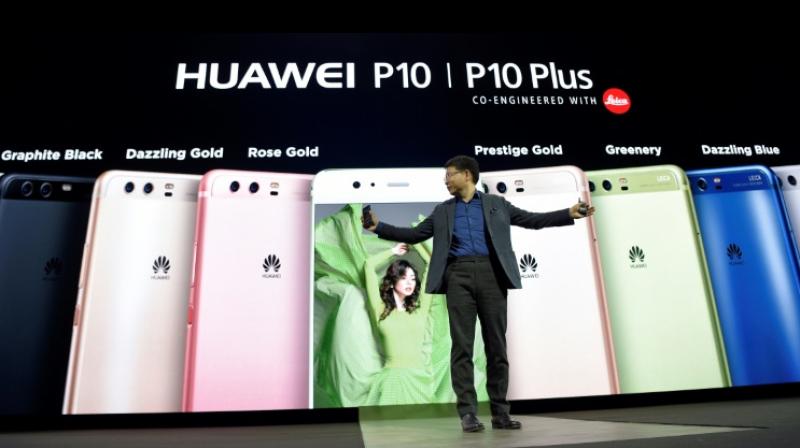 Huawei is introducing a mass-market version of its premium business phone, to take advantage of a gap created by the withdrawal of Samsung’s flagship Galaxy Note 7 after a crisis with its batteries catching fire.

Huawei has aggressively expanded its mid- to high-end phones and is going head to head in Asia and Europe with Apple and Samsung in the premium phone market.

Huawei’s new P10 line is expected to be cheaper than the business-oriented Mate 9, with new features including facial detection that can tell whether a user is taking a selfie or a picture with more people and select its camera mode accordingly.

Huawei, the world’s third-largest phone maker after Apple and Samsung, is seen by industry analysts as having the best hope among rival Android smartphone makers of capitalizing on Samsung’s woes.

Huawei unveiled the P10 and larger P10 Plus at the annual Mobile World Congress in the Spanish city of Barcelona on Sunday. They feature dual Leica rear camera lenses, a 40 percent boost in battery life and software automation improvements.

While these features are similar to those found in the company’s top-of-line Mate 9 smartphone, launched in November, the new models are expected to sell for as much as $100 less per device, if Huawei follows its traditional pricing strategy.

The company has yet to disclose the actual price of the P10 line, which can also learn about users’ habits and automatically put the most frequently used apps in easy reach.

Samsung withdrew the Galaxy Note 7 last October after faulty batteries led some devices to catch fire, leading to a loss of consumer trust, wiping out $5.3 billion of operating profit, and allowing Apple’s iPhone to overtake it in sales.

It has not launched new models since then and is expected to reintroduce its flagship S8 phone in April.

Samsung’s smartphone market share dropped to 17.7 per cent in the fourth quarter, while Apple’s rose to 17.8 per cent, according to market research firm Strategy Analytics.

Huawei, which made its name as a builder of telecom networks and only entered the phone market this decade, narrowed the gap, expanding its market share to 10.2 per cent from 8.1 per cent in the last quarter of 2015.

Huawei also presented a new smartwatch, two years after it entered the market. The Watch 2 has a sporty look and targets fitness users.