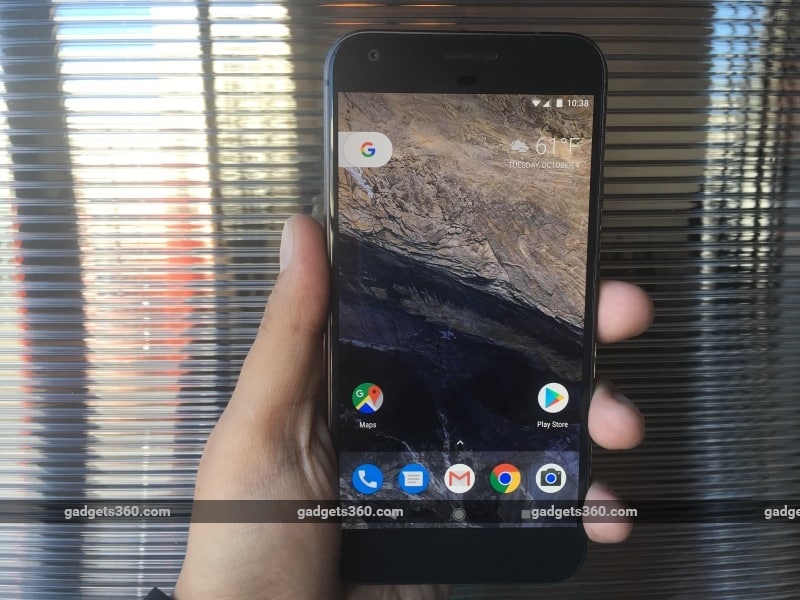 A strong statement of intent and a gazillion leaks later, they are finally here – the Pixel and Pixel XL are the first Google-branded smartphones. As evident from the launch event in San Francisco on Tuesday, Google is positioning the Pixel smartphones against Apple’s iPhone, at the premium-end of the segment, though some believe the phones may end up hurting the likes of Samsung instead. We spent some hands on time with the Pixel and Pixel XL at the demo area after the event and here are our first impressions.

In terms of industrial design, there’s nothing pathbreaking about the new Pixel phones, but that shouldn’t bother anyone. The physical similarities to the iPhone are evident at first glance, but like most Android phones the screen-to-body ratio of the Pixel XL, for example, is much better than the iPhone 7 Plus, making the former – and indeed most Android phones – a much more manageable overall size, despite sporting the same display size.

There seems to be plenty of excitement around the Really Blue colour, but it’s safe to say we didn’t like the colour at all. The Quite Black is more to our taste, and the Very Silver is a safe pick if you like white bezels for some strange reason, but then we are known to be rather conservative in our picks and your mileage may vary. Of course if you are reading this in India, the Really Blue won’t even be an option for you, so you can stop judging us for our taste. 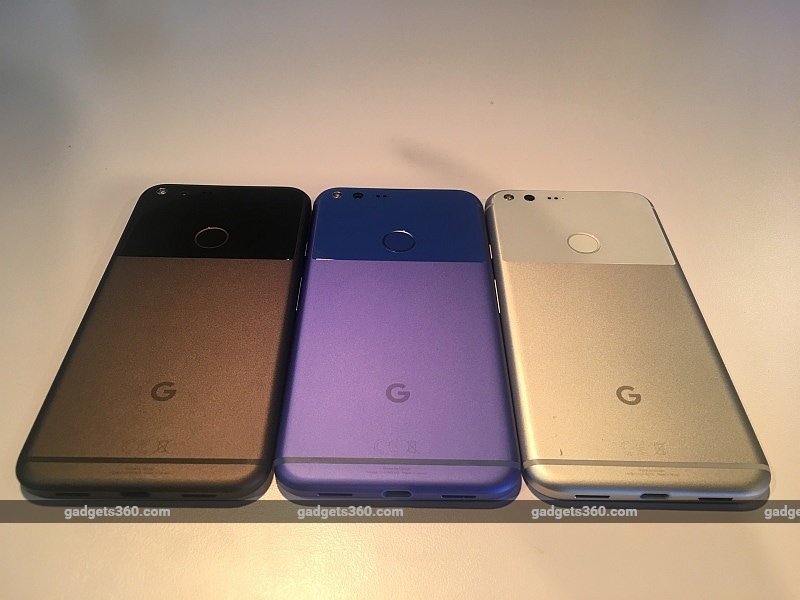 As Gadgets 360 had reported back in August, the Google Assistant is one of the headline features of the new Pixel phones. Think of the Google Assistant as a cross between Now on Tap and Apple’s Siri, backed by the ton of information collected by Google’s Knowledge Graph. Google as part of its presentation showed off the Now on Tap-like capabilities of Assistant to detect what’s on screen, and say, suggest restaurants when you are chatting about going out for lunch with someone. We used the voice-activated mode during our hands on to test out the latter. You can trigger the voice-based assistant by long pressing the home button, and as we’ve come to expect from Google, the voice recognition worked flawlessly pretty much all the time, and we got relevant answers to our queries.

With the Google Assistant also powering Google Home, one of the three Home-themed devices unveiled at Tuesday’s event, it’s clear Google wants us to become comfortable talking to our devices. While there are obvious challenges in doing that – especially when you are at a public place – Google has earlier shared that 20 percent of search queries are already voice searches on mobile, and with technologies like Google Assistant making our devices getting better at understanding the context of our queries, this number will only rise. 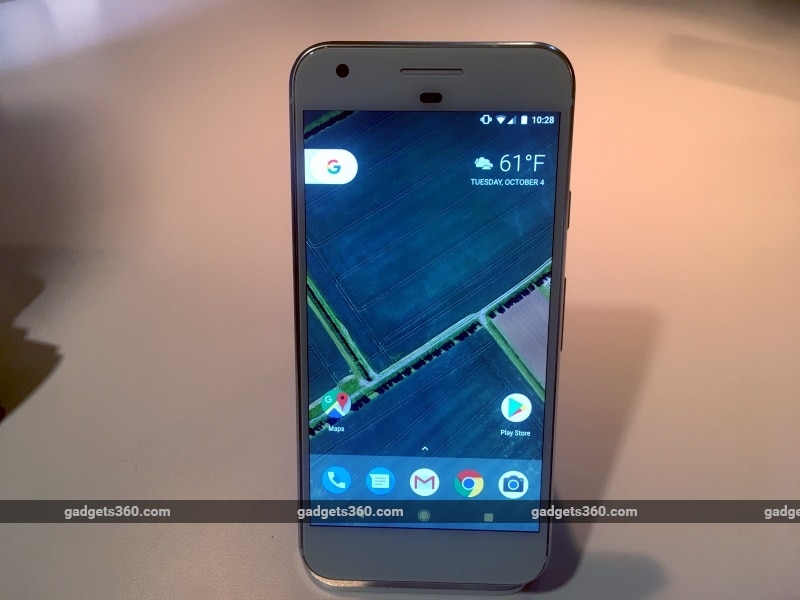 In what’s likely to increase friction with OEMs that build Android phones, the Google Pixel and Google Pixel XL get a bunch of other exclusive software features. Google executives downplayed suggestions this will lead to any kind of problems, insisting Google is now like any other OEM that uses its own launcher with a bunch of other software customisations on top. However, we have a feeling this will become a sore point with companies like Samsung, Motorola, and others sooner rather than later, especially since there’s no timeline on when big new features like the Google Assistant will find their way back to the core Android project.

Apart from Assistant, Google spent a decent amount of time during the event talking about the camera inside the Pixel and Pixel XL. Unlike Apple and, more recently, Xiaomi products where the bigger phone in the lineup also gets a better camera, Google says the Pixel and Pixel XL are exactly the same apart from the display, battery size, and, of course, the physical dimensions. Google claims the Pixel phones get a DxOMark rating of 89, the “highest ever for a smartphone”. We’ll reserve our judgement on the camera’s performance until our review, but we can safely say the new camera app feels pretty fast.